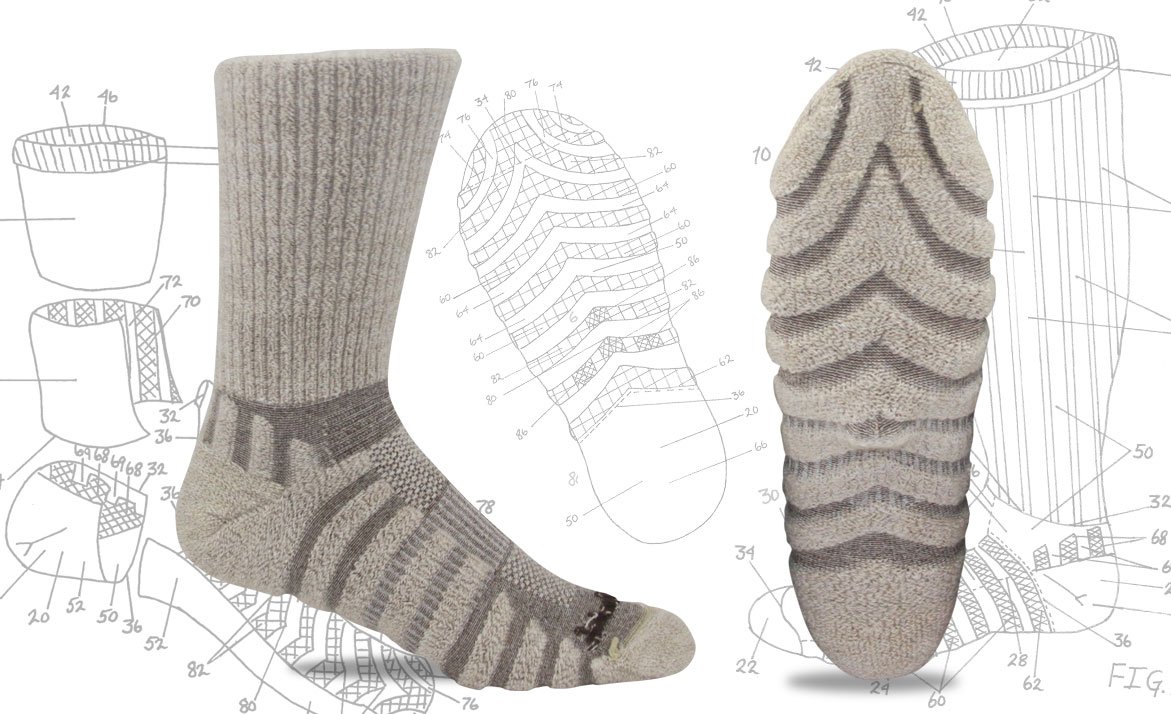 Just turn an Ellsworth sock inside out and you’ll see that it looks entirely different than any other sock ever constructed. Implementing a 3-Dimensional design of knit in Vapor Channels, the Ellsworth sock is the first to deal with moisture not only by way of fiber, but also most importantly by way of design!

The V-Channels create a passageway or a “path of least resistance” for sweat to escape from under the foot. With every step, air carrying sweat vapor is forced though the V-Channels keeping the foot drier, which in turn reduces blisters and enhances performance.

The V-Channel provides maximum comfort with cushioning unlike any other sock. The end result, a drier more comfortable foot. Feel the difference… 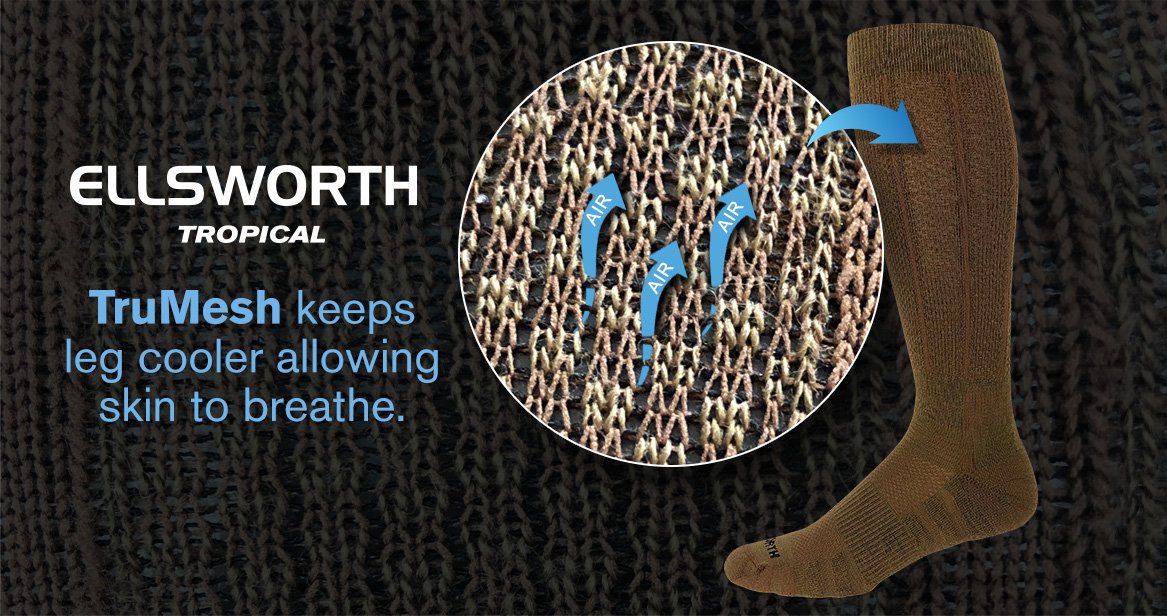 To conduct the test, an Ellsworth Lt. Hike sock and a well-known competitor’s Lt. Hike sock were put on a foot form standing in a tray of 1.25 oz. of dyed water. After all the water was absorbed, both socks were left to air dry on the form.  The content of these socks are almost identical.

Once dry, both socks were turned inside out and put back on the foot form. To distinguish where the dyed liquid set in and more importantly where the wool stayed dry, an inverted image of both socks was taken.

The portions of the socks that absorbed the dye are bright and glowing. The portions that stayed dry remain dark.

The Ellsworth sock has roughly 50% more wool that remained dry after being placed in the dyed water.  This can be seen in the dark sections of the inverted image. The V-Channels created a path of least resistance for the water to escape.

The competitor’s sock using full terry cushioning (like every other sock on the market in our category) trapped the water in and acted like a sponge. Once absorbed, the water had nowhere to go.

A picture is worth a thousand words.

Better yet, FEEL for yourself!